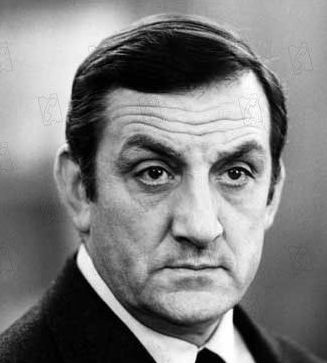 Angiolino Giuseppe Pasquale "Lino" Ventura (14 July 1919 – 22 October 1987) was an Italian actor and wrestler who settled and made his fame in France.

His parents were Italian immigrants from Parma, they moved to France when he was 8. He was conscripted in the Italian army during World War II but deserted. He started a career in Greco-Roman wrestling, then made himself a name in French professional wrestling. One day, a friend of his told him that director Jacques Becker was looking for a "strong guy" henchman type for his gangster movie, Touchez pas au grisbi in 1954, which ended up being his first movie role.

Ventura's movie career rapidly took off, and he went from similar henchman supporting roles to starring roles in gangster films, dramas and comedies alike, to great success from the late 1950s to the late 1970s. He was the father of four, including an intellectually disabled daughter. He created Perce-Neige, a charity foundation for intellectually disabled people, in 1966 due to the latter.

He ranks #23 at The Greatest Frenchman

despite never wanting to apply for French citizenship (he went on to say he wanted to "stay true to his Italian roots"), which speaks volumes on how popular and beloved he was in the country. He was even born on France's national day.