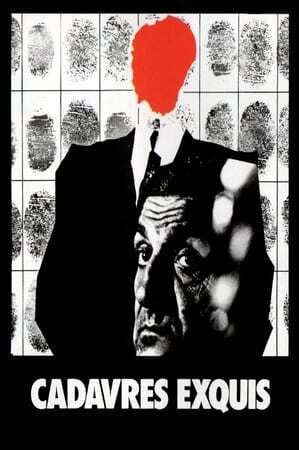 Illustrious Corpses (Cadaveri Eccelenti) is a 1976 film from Italy directed by Francesco Rosi.

Someone is murdering judges in Palermo. After Judge Vargas is shot down in broad daylight in a public street, Inspector Rogas (Lino Ventura) is put on the case. Soon a second judge, Judge Sanza, is killed, then a third, Judge Calamo. Inspector Rogas sets out on his task, but he soon finds that the authorities have a definite idea of where the investigation should go. When he uncovers evidence that Judge Calamo was on the take, he is told to suppress it. Rather, his immediate superiors and his higher bosses in the ministry are much more interested in pinning the murders on the Communists and the political left in Italy.

Inspector Rogas eventually zeroes in on a pretty good suspect. One Cres, a pharmacist, was put in prison some years ago for the attempted poisoning of his wife. The only problem is that he didn't do it; his wife framed him, got him sent to jail, and then absconded with his money. Judges Vargas, Sanza, and Calamo were the judges in the case, along with a fourth judge, Judge Perro. Inspector Rogas goes to warn Judge Perro, which does not save Judge Perro from being killed by a sniper later that same evening.

None of the above sways Inspector Rogas's bosses from their focus on the Communists and left-wing student protestors. Eventually, Inspector Rogas figures out that his superiors don't really want to solve the case, but rather use it for their own political ends.

This film was produced around the time of the "historic compromise" that saw the Christian Democracy, a centrist Catholic party, join in a political alliance with the Italian Communist Party. Max von Sydow has a small part as Chief Judge Riches, yet another judge on the Cres case that Rogas believes is on the target list.