Film / I Knew Her Well 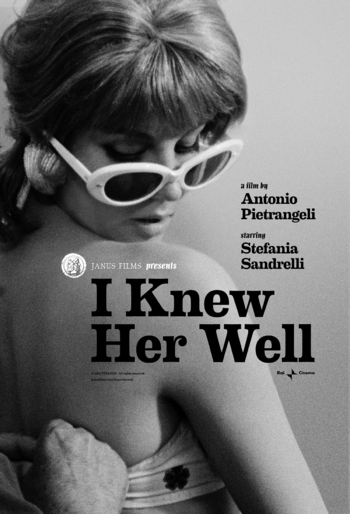 19-year-old Stefania Sandrelli, in her Star-Making Role, plays Adriana, who opens the movie working in a seaside resort town. Adriana has dreams of being an actress, so she goes to Rome, gets an agent, has publicity shots taken, and goes to acting classes. Instead of fame, however, she winds up seeing the dark, ugly side of the entertainment industry.