Literature / Death Comes as the End 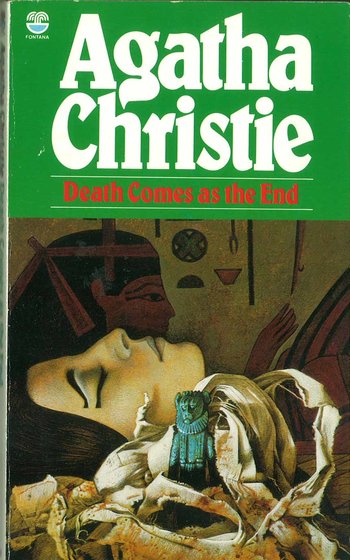 Death Comes as the End is a 1944 work of Historical Detective Fiction by Agatha Christie, set in Ancient Egypt. It is the only one of its kind, all other works of Christie being set in the 20th century, and she drew inspiration from her work with her archaeologist husband Sir Max Mallowan. It was at least partly written on a dare by family friend and Egyptologist Stephen Glanville.

The story takes place in Thebes in 2000 BC, and is told from the perspective of young widow Renisenb. Her family's lives are turned upside-down when her father, Imhotep, brings home a new concubine Nofret, a wicked young woman who begins to exert undue power over the family, much to the chagrin of Imhotep's three sons, Yahmose, Sobek and Ipy and their wives. Everyone seems to have a motive to kill Nofret after she goes too far, so when she is found to have fallen to her death from a cliff, an accident seems unlikely. When more deaths occur, rumours arise of a curse on the house, or of Nofret's vengeful ghost.

In August 2016, BBC announced a seven-book adaptation deal, with this book as one of the initial three named. After some delays, very late 2018/very early 2019 it was announced that a BBC adaptation was in pre-production; to be screened in 2021.