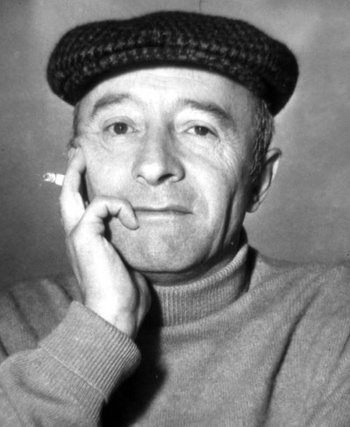 He was most famous for his witty, irreverent and very quotable dialogues in French films of The '60s and The '70s. Said dialogues borrowed heavily to Parisian slangs and French gangster slangs of the 20th century. As a director, the most notable feature of his films was their Long Title.

Audiard passed away from cancer at age 65. He had two sons, François and Jacques. François died at age 26 in 1975, and Jacques followed in his father's footsteps by becoming a screenwriter and director.