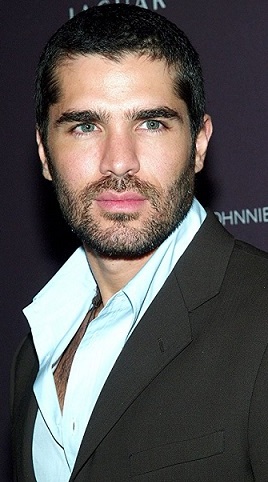 Eduardo Verástegui (born May 21, 1976 in Xicoténcatl, Mexico) is a Mexican actor, singer and filmmaker. His company is called Metanoia Films, which he named to mean conversion or change to the light.

Early he acted on telenovelas and was member of Kairo.

According to him, he was called out by an English coach during Chasing Papi for his promiscuous tendencies and his vain attitude, which motivated him to be abstinent and not to participate on works that offended his beliefs, his family or his Latino brethren.

Media in which he paricipated:

Tropes on or about his work: