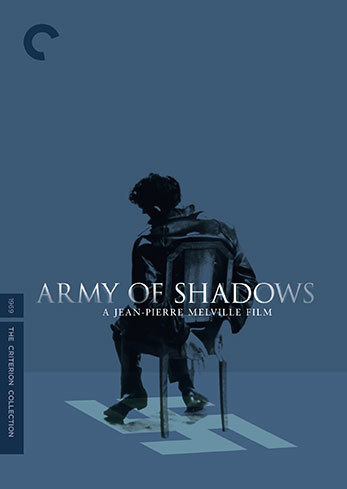 "In this film, for the first time, I show things that I have seen, that I have experienced."
— Jean-Pierre Melville
Advertisement:

Army of Shadows (French: L'armée des ombres) is a 1969 French film directed by Jean-Pierre Melville. Adapted from Joseph Kessel's 1943 book of the same name, it is a dramatic thriller depicting the French Resistance in Occupied France during World War II. Both the author of the novel, and the director of the film, were actual veterans of the Resistance.

Set in late 1942-1943, at the height of the French Occupation, around the time of the Nazi advance to Stalingrad and before the opening of the Second Front, the story revolves around a resistance unit comprised of Philip Gerbier (Lino Ventura), Mathilde (Simone Signoret), Jean-François (Jean-Pierre Cassel), Le Masque (Claude Mann), Felix Lepercq (Paul Crachet), Le Bison (Christian Barbier), with their leader being Luc Jardie (Paul Meurisse). The film chronicles a series of missions undertaken by Jardie's Cell, preparing reports, organizing supplies and above all staying hidden and escaping the Gestapo and the Milice. Much of their time is spent laying low, executing comrades who rat out or break under torture, or aiding the escape of key Resistance leaders.

The film was controversial at the time of its release for its demythologized portrayal of the Resistance and the Occupation (namely how few the Resistance really was) and did not receive an American release until 2006, when it became an unexpected commercial success in arthouse cinemas.