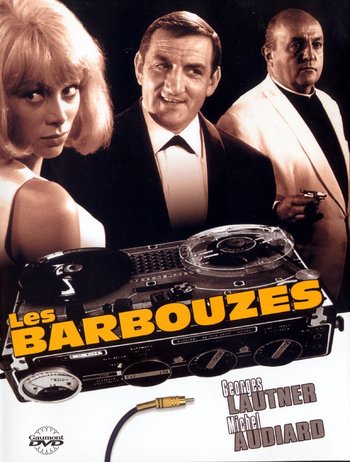 Les Barbouzes (known as The Great Spy Chase in English-speaking countries) is a 1964 French film directed by Georges Lautner. It starred Lino Ventura, Bernard Blier, Mireille Darc and Jess Hahn, with dialogues by Michel Audiard. "Barbouze" is a French slang word for "spy", deriving from the idea that spies hide behind false beards.

It is a spy comedy built around the efforts of agents from various countries to extract valuable weaponry patents from the young and attractive widow of Constantin Benarshah, an international arms dealer who mysteriously disappeared then was found dead.

The film was the second in a thematic trilogy, the Trilogie des Malfaisants, after the gangster comedy Les Tontons flingueurs (1963). The third film (most of) this crew did was Ne nous fâchons pas (1966).