Useful Notes / The Presidents of France 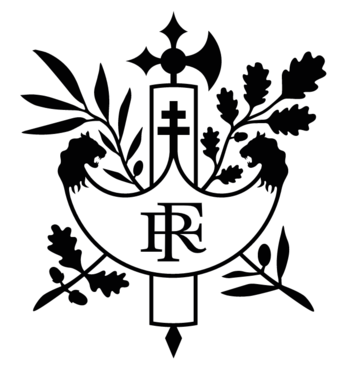 Current coat of arms of the Élysée Palace, seat of the French presidency.

Here is a list of Presidents and Heads of State other than monarchs who have ruled France.

Since 1848, the President of France has their offices and (usually) their residence at the Élysée Palace in Paris, whose gardens overlook the Champs-Élysées. Commentators often use "the Élysée" as a shorthand for the Presidency.

French Presidents and Heads of State

The First Republic hadn't a sole Head of State but rather gave such powers to a collective, akin to the Swiss situation.

This Assembly was elected by male universal suffrage and was divided in three factions:

Note that all three factions had been firmly part of the Left until King Louis XVI was deposed on 10 August 1792note The right of the Assembly being the Royalists.

On 21 September 1792, the Assembly officially proclaimed the French Republic, and voted for the de jure end of the monarchy.

On 1793, the Assembly set up a Comité de salut public, or Comitee of Public Salvation to defend the Republic from both internal and external ennemies.

From October 26th, 1795 to November 9th, 1799, the collective Head of State was a Five-Man Band, with a unicameral legislature; the new order was inspired by the Pennsylvania Constitution of 1776

. On three occasions, the leadership messed with the official structure basically to their own cynical advantage, with the result that for the back half of its existence, the Directoire was essentially a collective dictatorship with a largely rubber-stamp assembly they manipulated by coups against both sides of the political class. This lasted until a coup d'etat by Napoléon Bonaparte.

This period was formerly the former Trope Namer for Full-Circle Revolution.

The two others Consuls had only a consultative power.

During this period Napoleon reconstructed France by creating the Bank of France, and set up a new law and court system.

The Consulate was first for ten years and then for life and the First Consul gained the right of oversight on the choice of his succesor.

In 1804, Bonaparte proclaimed The Empire.

After the 1848 Revolution and the overthrowing of Louis-Phillippe, the Constituant Assembly decided to set a presidential regime, inspired from the US Constitution, where the president would have only one term.

The Parliament was very conservative, passing laws limiting suffrage to those who hadn't moved during three consecutive years or brutally repressing workers opposed to the closure of the National Workshops

note Place where the unemployed were to work for money; given there were not enough work for all claimants, some were just being payed by the state. On December 2th, 1851, frustrated of being prevented of concouring for a second term, he made a coup and, some months after, proclaimed The Empire once more.

Motivated by the fear of a new "2nd December putsch" and by the term of McMahon, French MPs decided the President will have very few powers and be elected by the Congress for seven-year terms so as to limit the possibilities of populism.

This time saw a great ministerial instability: the average duration for a government was six months, with some lasting only one day.

Created in 1958 in reaction to the instability of the previous regime, its Constitution give to the Head of State a lot of power, including the power to call for referendums and dissolve the Lower House.

French Presidents and Heads of State in media and fiction: