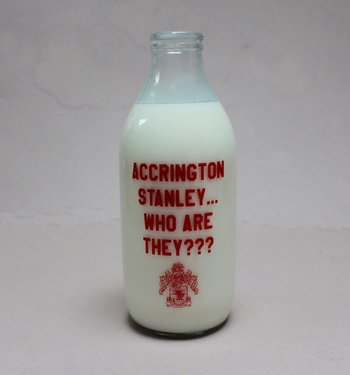 Exactly!
Superman: Have you ever heard of Mr. Mxyzptlk?
Green Lantern: No.
Superman: No! That's right. It's because I do my damn job.
— Holy Musical B@man!
Advertisement:

Bob is arguing with Alice about how doing something will cause her to fail. To further his point, he gives an example of someone who did that thing. She will say that she's never heard of that person.

Sometimes the point is that the person never became famous because they failed at something; sometimes it has more serious implications like death, a cover-up, or disappearance from history. See also Famed In-Story. Contrast Undead Author.

Additionally, this assumes that fame is the intended outcome. Someone with more reclusive tendencies will be less likely to be dissuaded by this appeal, or may find it more appealing instead.

Not to be confused with the kind of appeal to obscurity that hipsters use, i.e. "popular music is all crap, so bands no one's ever heard of must be good." That is an inverse version of the appeal to popularity called Appeal to Minority.