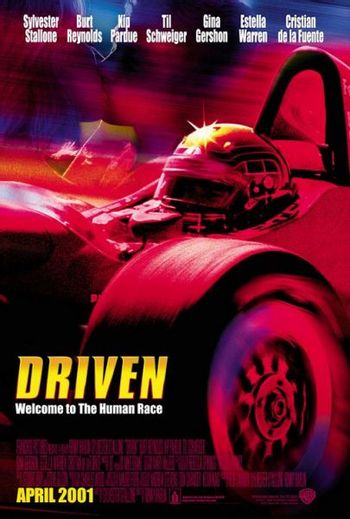 Ambitious rookie driver Jimmy Bly (Pardue) has been fast rising through the ranks of the ChampCar World Series at the behest of his brother/manager Demille (Leonard), but his performance has recently been slacking. His arch-rival, ex-champion Beau Brandenburg (Schweiger), is rising to the top again. To bolster his performance, he dumps his fiancee Sophia (Estella Warren). Bly's team's owner Carl Henry (Reynolds) attempts to bolster his performance by having veteran Joe Tanto (Stallone) come out of retirement and mentor him, replacing his teammate Memo Moreno (Fuente). To further complicate matters, Joe's ex-wife Cathy Heguy (Gershon) is now married to Memo, and isn't pleased about Joe replacing him. The film portrays Jimmy, Joe, and Beau sparring at various races to win the championship. Meanwhile, journalist Lucretia Clan (Edwards) stands on the sidelines and romances Joe.