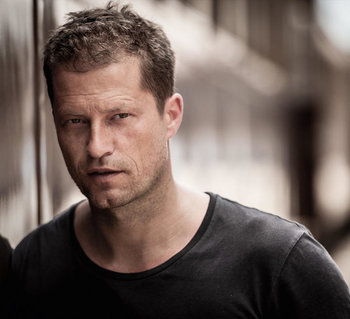 "I just fooled around in front of the camera and earned money for it. Every policeman, every soldier, every nurse - they all do more for society. I just rent my face."
Advertisement:

He is the most commercially successful director on the nation's movie market. With over 51 million admissions and counting, no other German filmmaker has put as much butts in theater seats in his native country as him. He runs his own production company, Barefoot Films, based in Berlin.

Interestingly, as an actor he is more internationally known for his "tough guy" action roles, whereas at home he's best known for playing in comedies and dramas.

Tropes and trivia in his works: