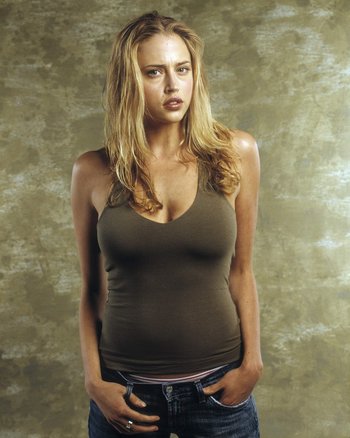 Estella Dawn Warren (born December 23, 1978 in Peterborough, Ontario) is a Canadian actress, fashion model, and former synchronized swimmer, best known for her roles in Driven and Planet of the Apes.