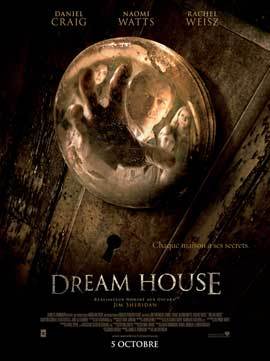 A movie about a man (Daniel Craig) who moved to a small town with his family. Strange things happen, and he learns that his house was the site of a gruesome triple murder.