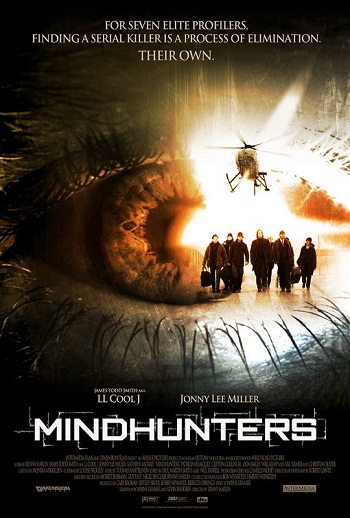 Gabe: The island. The middle of nowhere. They're all professionals. What's the point?
Harris: The point is that they're isolated, alone, and forgotten. That's what it's like to be in the mind of a sociopath.
Advertisement:

It centers around a group of FBI's criminal profiler trainees who are sent to a remote island as part of a special training event designed by their instructor Jake Harris (Val Kilmer). The trainees are supposed to catch a fictional serial killer called "The Puppeteer" but the situation quickly turns for the worse once a real killer starts picking off the trainees. The plot of Mindhunters is much like Agatha Christie's novel And Then There Were None.