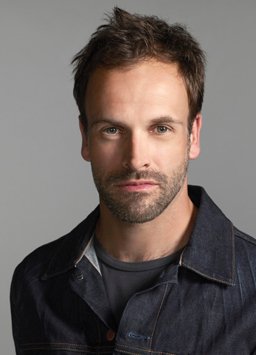 This is his hair when it's neat.
Advertisement:

Jonny Lee Miller (born 15 November 1972 in London, England), grandson of Bernard Lee (M from the older James Bond films), is an English actor. He is the son of Anne Lee, who worked in theatre, and Alan Miller, a stage actor and later a stage manager at The BBC. He grew up "behind the scenes" at the BBC, and made an uncredited appearance in Doctor Who in the 1982 story "Kinda".