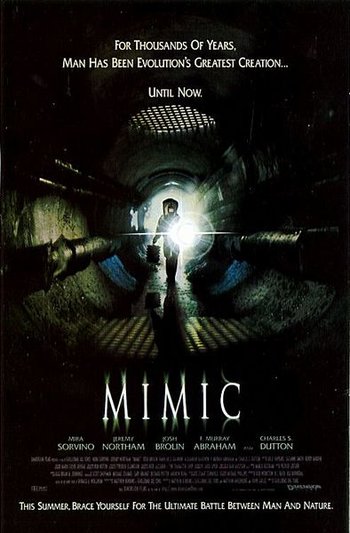 In Manhattan, cockroaches are spreading a deadly disease that is claiming hundreds of the city's children. Entomologist Susan Tyler (Sorvino) uses genetic engineering to create what she and her colleague (and husband) Peter Mann (Northam) call the Judas Breed, a large insect (looking like a cross between a termite and a praying mantis) that releases an enzyme that kills off the disease-carrying roaches. The Judas Breed work spectacularly and the crisis is abated. Since the Judas Breed have also been designed to be sterile and unable to breed, the hybrid species should die out in a matter of months.

Some years later, people begin to go missing in the subways and tunnels under the city. Susan, Peter, and their staff learn that they severely underestimated the Judas Breed's ability to adapt to its conditions. The Judas Breed has found a way to reproduce itself and has evolved in order to better hunt a new food source. To everyone's horror, they discover that the Judas' new food source is humans, and now the insects have grown to be as big as people and can mimic the appearance and behavior of humans (from a distance) with uncanny accuracy...