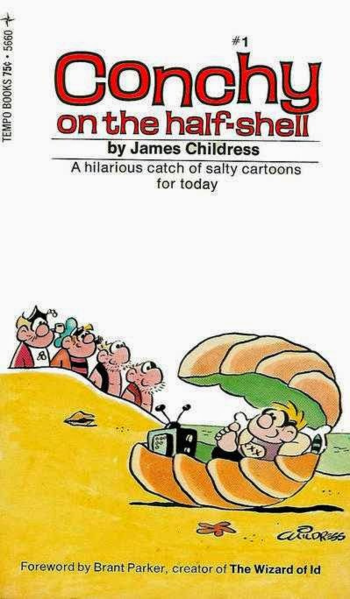 Conchy was an American comic strip that ran from March 2, 1970 to February 5, 1977. The strip was created by cartoonist James Childress, and ended with his suicide in 1977.

Set on a desert island with a group of beachcombers as the main characters, the strip addressed serious issues of its time. Conchy consisted of both typical gag strips and strips about serious subjects like nuclear proliferation, political corruption and death. These ruminations were usually courtesy of either Conchy or Oom Paul, as both characters were highly individual thinkers.