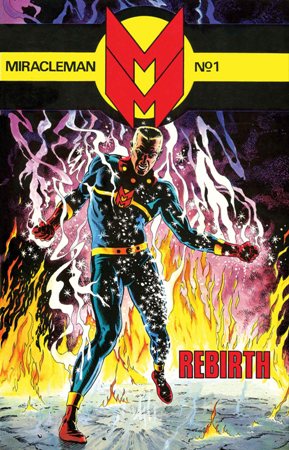 In 2013 Marvel announced that they had acquired full rights to Miracleman and in 2014 they began to reprint Alan Moore’s issues, reissuing them with extras including Moore and Leach's Warpsmiths stories, a variety of production material and some previously unpublished stories (including one by a young Grant Morrison).

This was followed in 2015 by a reprint of Neil Gaiman and Mark Buckingham's Golden Age arc, retitled as Miracleman by Gaiman & Buckingham.

However, Marvel have stated that there will be some sort of celebration for the character's 40th anniversary later in 2022 - the Miracleman logo has reappeared in the Marvel Universe comic Timeless and Miracleman will be appearing on a large number of alternate covers for other Marvel titles.