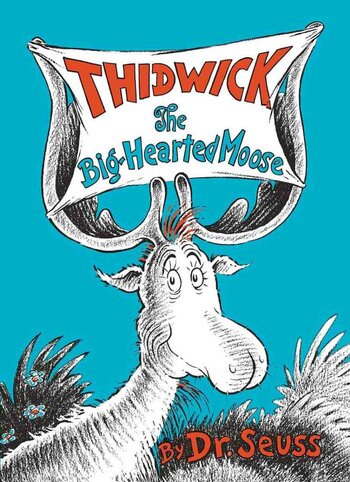 Thidwick the Big-Hearted Moose is a 1948 children's storybook written and illustrated by Dr. Seuss.

Thidwick the moose lets a bug ride on his antlers while he grazes. Unfortunately, this one act of generosity spreads into Thidwick having to put up with an increasing number of "guests", who make increasingly troublesome demands. Can the moose use his head to find some way out of the problem created by his big heart?

A Russian Animated Adaptation, Welcome, was made in 1986.