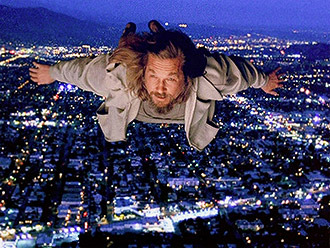 "Sometimes you wake up. Sometimes the fall kills you. And sometimes, when you fall, you fly."
— Todd Faber, The Sandman: Fear of Falling
Advertisement:

A character is sleeping and has a dream in which they're flying through the air on their own.

Compare I Believe I Can Fly. Contrast Call of the Wild Blue Yonder which is about characters feeling the urge to learn how to fly or to learn how to do something involving flight.

We've all had at least one dream like this in our lives.