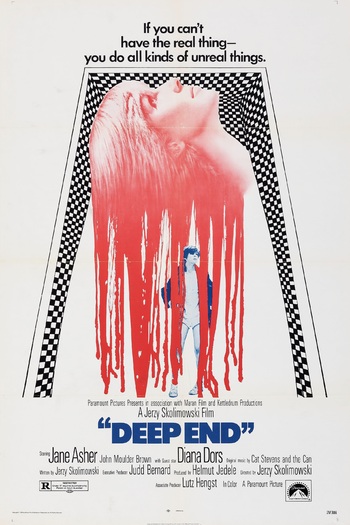 Brown plays a fifteen-year-old boy named Mike who starts a new job at a London bathhouse and falls in love with his co-worker, the beautiful Susan (Asher), who's ten years his senior. His love, however, turns into an increasing obsession that threatens to become deadly.

The movie, following its release, was a minor hit with the cult scene, until it was largely forgotten, and even presumed lost, until the film print was found in 2010 and re-shown in movie theaters, later getting a remastered DVD/Blu-Ray release in 2011, where it continued to receive positive reviews.