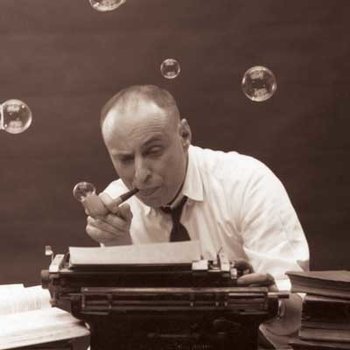 Harvey Kurtzman (October 3, 1924 – February 21, 1993) was an American artist, cartoonist, writer and editor, best known for his work at EC Comics and its MAD magazine. He is considered to be one of the greatest and most influential satirists of the 20th Century.

Born in Brooklyn, New York to Ukrainian Jewish emigres, Kurtzman showed a precocious talent from an early age. He was quite inspired by the great newspaper strips of The '30s and The '40s with his favorite being Will Eisner's The Spirit. He attended the famous High School of Music and Art (now called the Fiorello LaGuardia High School of Music and Art) and worked professionally on minor gigs before being drafted in 1943 but ended up serving in reserve, stationed in American bases rather than being deployed overseas. In 1949, he found work at Educational Comics, soon relabeled as Entertaining Comics by William "Bill" Gaines with Kurtzman employed as artist and editor.

Kurtzman initially worked on a series of war comics, titles like Frontline Combat or Two-Fisted Tales. As editor/writer, he would lay out and write detailed scripts and insist that artists and collaborators follow it to the letter, which tended to bristle with some of his more independent collaborators. Kurtzman also had moral concerns about the horror content of EC which would prove ironic given the later direction of his career. His major success was Mad which established his reputation as a fearless satirists taking on pop-culture sacred cows. These satires were not like Mel Brooks' Affectionate Parody, rather they were Deconstructive Parody, driven by Kurtzman's genuine dislike and outright hatred for Superman, Popeye, Mickey Mouse and above all else, Archie Comics (which he repeatedly lampooned multiple times in his career). Kurtzman generally disliked the infantile nature of American pop culture of his time, as well as sought to expose the authoritarian, patriarchal, sexist, and consumerist values that lay behind them. They are also, unfortunately for the targets, excellent comics, wonderfully written, hilarious, brilliantly drawn and filled with many experimental and creative touches.

Kurtzman, however, proved too independent and clashed with Gaines. He was also souring on the comics market and he sought out what we would now identify the niche established with the graphic novel. In 1959, Kurtzman published "Jungle Book" which was the first mass-market comics put out by a major publisher (Ballantine Books). It didn't sell well though Kurtzman deserves credit for opening a breakthrough. During this time, Kurtzman worked with Hugh Hefner of Playboy fame (he started out as a former comics artist and publisher) and worked on magazines like Trump, Help! and most famously the strip, Little Annie Fanny, which ran in Playboy's pages. The irony of a man with a moral dislike for American patriarchy and consumerism working for a nudie mag was not lost on Kurtzman and he proceeded to bite the hand that fed him in his work there, with stories such as Young Goodman Beaver satirizing Playboy itself, and the issues of Little Annie Fanny itself. Eventually he and Hefner had editorial disputes and he left. Kurtzman spent his later life as an elder statesman being celebrated and lionized by the likes of Art Spiegelman, Robert Crumb, Alan Moore among many others. Terry Gilliam who worked briefly with Kurtzman before moving to England cited him as an inspiration for his cartoons and the work of his collaborators on Monty Python's Flying Circus. He died 1993 after suffering from Parkinson's disease.

Tropes from his Works