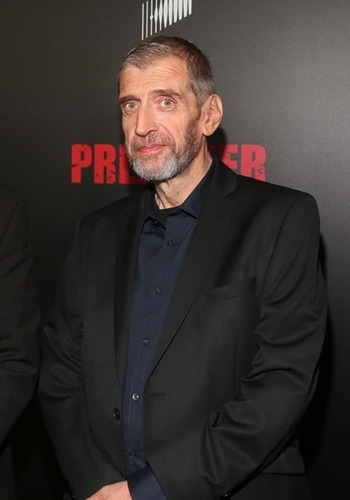 Steve Dillon (22 March 1962 – 22 October 2016) was a British comic book artist hailing from Luton, Bedfordshire. With a wide and varied body of work that spans decades. Depending on what side of the Atlantic you grew up on, you may know him best for his collaborative works with writer and long time partner in crime/best friend, Garth Ennis. Or for his many, many contributions to British anthology comics series, 2000 AD.

He worked on:
Advertisement:

"The last time I saw Steve was late last Saturday night in New York, walking down fifth avenue to his hotel after saying goodnight outside Foley's. It could have been the end of any one of a thousand nights. It’s not a bad last memory to have. Steve was best man at my wedding and my good and dear friend. I think he probably taught me more about what that word means than anyone else."
Garth Ennis