This page regroups the films adapted from (or inspired by) the OSS 117 Spy Fiction novels by French writer Jean Bruce, about the adventures of the eponymous secret agent, Hubert Bonnisseur de La Bath, code name OSS 117, created in 1949. 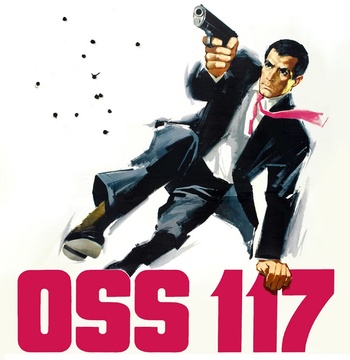 The older OSS 117 films haven't all been made by the same production house over the years. The most well-known ones are those of the series produced by Gaumont in The '60s, which were undoubtedly influenced by the success of that other spy film series. 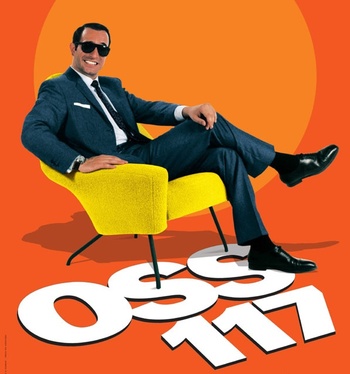 The revival/reboot of the franchise since 2006 is defined by a radical tone (and even genre) shift, turning into a parody/satire that mercilessly lampoons the very genre, mentalities and political/historical eras the franchise originated in. They all star Jean Dujardin as 117, and two of them were directed by Michel Hazanavicius.

Tropes for the OSS 117 films in general:

Tropes for the Jean Dujardin films: