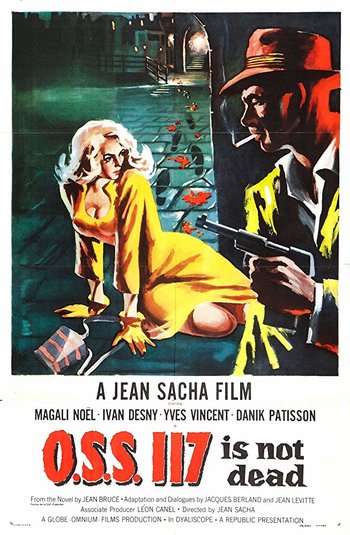 OSS 117 (Ivan Desny) is asked for help by a female acquaintance, Muriel Rousset (Magali Noël). She beseeches him to retrieve secret documents which have been stolen from Sir Anthony Lead (Georges Lannes), the father of Anita (Danik Patisson) and Marion (Marie Déa). He complies with her wish and no obstacle or danger can hinder him to meet her expectations.