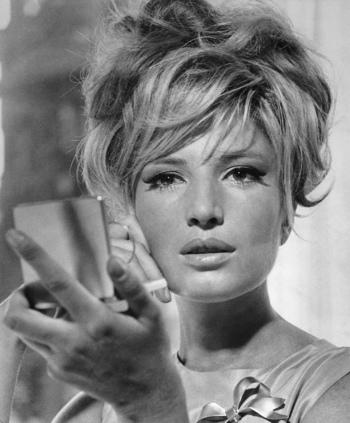 In the early 1960s she became a companion and a muse for Michelangelo Antonioni. She played main characters in L'Avventura (1960), L'eclisse (1962) and Il deserto rosso (1964). Also Vitti played an important secondary character in La notte (1961). Consequently she became an icon of the cinematic alienation.

After 1964 she stopped appearing in Antonioni's films and reached a huge mainstream success as a comedy star featuring in numerous films and winning one of the highest amounts of various prizes among Italian actresses. She also worked for Luis Buñuel in Le fantôme de la liberté. However her attempt to reach out to the international mainstream audience with Modesty Blaise had mixed success. She and Antonioni reunited for the TV production Il mistero di Oberwald.