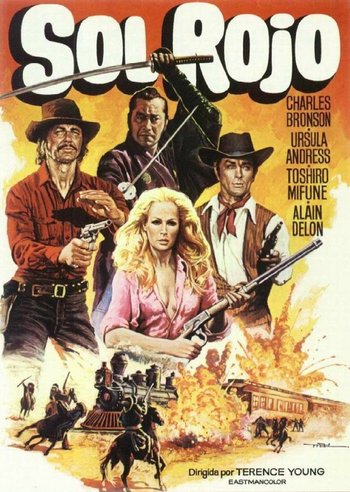 Train bandit Link (Charles Bronson) is double crossed by his partner Gauche (Alain Delon), who steals a ceremonial sword sent as a gift to President Grant. Link hopes to find where the spoils are buried, but is forced to team up with one of the Japanese ambassador's guards, Jubei Kuroda (Toshiro Mifune), to recover the sword. Time is of the essence, however, as Jubei has a week to recover the sword or he will commit Seppuku.