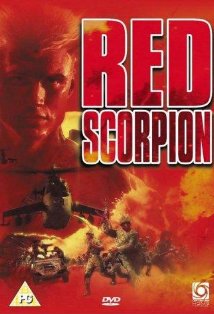 First he was their weapon. Now he is their punishment.
— Tagline
Advertisement:

An action film from the year 1988, directed by Joseph Zito and starring Dolph Lundgren.

Lt. Nikolai Petrovich Radchenko is a Spetsnaz who is given a mission to help Cuban communists stationed in Africa to get rid of the resistance leader Sundata who's opposing them. But he soon learns that the man is doing the right thing, and eventually joins him in his fight.

The film was followed by a loose sequel in 1995, where a Ragtag Bunch of Misfits special operatives are enlisted to take down an aspiring Nazi ideologists within American soil.

The sequel contains the examples of: