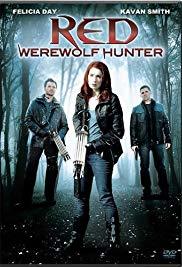 Little Red Riding Hood operated slightly differently from the written record. You see, The Big Bad Wolf was actually a werewolf, whom Granny killed before succumbing to her wounds. Seeing the threat of lycanthropy firsthand inspired Red to found a family of werewolf hunters, which extended to the modern day. Her latest descendant, Virginia Sullivan, is bringing her boyfriend home. She and her family clash over whether or not to keep her destiny a secret, but at about this time, a group of werewolves decide it's time for a killing spree. Can our heroine save her husband and the town?