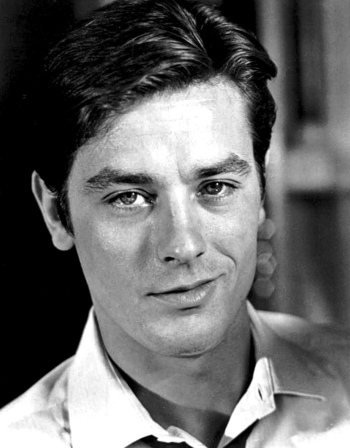 He became renowned during the French New Wave as well as for his many collaborations with some great European directors, including Luchino Visconti, Michelangelo Antonioni, Jean-Pierre Melville and even, for one film, Jean-Luc Godard.

Delon's best known works include L'eclisse, directed by Antonioni, Le Samouraï, directed by Melville, and Purple Noon (Plein Soleil) in which he played Tom Ripley. Patricia Highsmith, creator of the Ripliad, was a big fan of his performance. He took a stab at Hollywood stardom in the mid-late 1960s, but most of his American films did poorly, and he returned to Europe where he enjoyed a series of hits in European cinema into the 1980s.

Delon was a prominent Sex Symbol during The '60s, considered to be incredibly good-looking. He had a prominent real-life romance with actress Romy Schneider with whom he made several films. He also had a relationship with Nico which resulted in the birth of Ari, who Alain has never acknowledged as his son, despite the boy being his spitting image. Delon also married his co-star on Le Samouraï Nathalie Barthélémy (born Francine Canovas, who would later go on as Nathalie Delon) only for that to end in divorce.