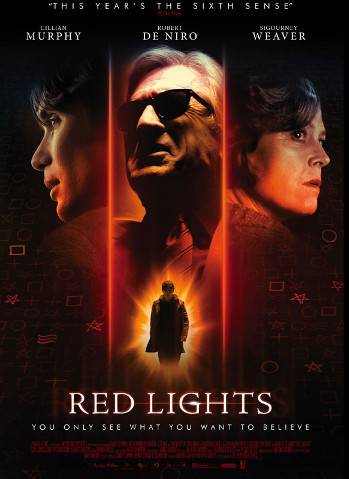 "From the time of ancient Greece to the present day, philosophers and scholars have argued man is essentially rational. I don't happen to agree. If one observes and studies another person without having first studied oneself, how do we know whether our instruments are appropriately set? How do we know we are reliable? We have no proof."
Advertisement:

The two main characters are Dr. Margaret Matheson (Weaver), a middle-aged "professional skeptic" whose academic work concentrates on debunking the alleged cases of paranormal phenomena, and her assistant, brilliant physicist Dr. Tom Buckley (Murphy). They work as a team, running classes about scientific explanations of the paranormal and occasionally answering the calls of persons who have problems with what they think belongs to the area of parapsychology. One day a particularly impressive Monster of the Week, the famous blind psychic Simon Silver (De Niro), comes onto the stage. Buckley is determined to investigate him and find out the secret behind his performances, but Matheson, whose attempt to debunk Silver's alleged powers a long time ago ended in failure, is not willing to face him again, warning Buckley to stay away, that he's dangerous. Of course, Tom starts the investigation - and, from the very beginning, strange things (like being hit with a glass shard mysteriously detached from the ceiling in the middle of the phone conversations with unidentified interlocutors) begin to happen around him and Margaret. As usual, the truth is out there.