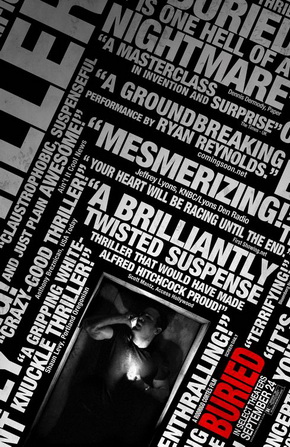 Reynolds plays Paul Conroy, a US Contractor in Iraq. After an attack on his convoy, he awakens in a coffin with no idea how he got there. He has only a cell phone and a lighter, and starts to make frantic calls as he tries to remember what had happened to him and why this is happening to him now.

Buried premiered at the Sundance Film Festival in early 2010.