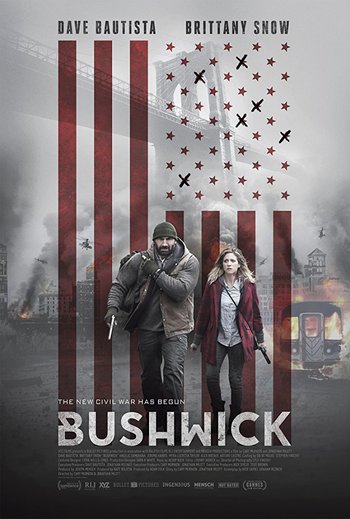 Bushwick is a 2017 action thriller directed by Jonathan Milott and Cary Murnion, starring David Bautista and Brittany Snow. The film follows college graduate Lucy (Snow) as she arrives in Bushwick, Brooklyn to find that war has broken out. She is rescued from some violent thugs by janitor and former Marine medic Stupe (Bautista), and the two team up to help each other get out of Bushwick and to safety.