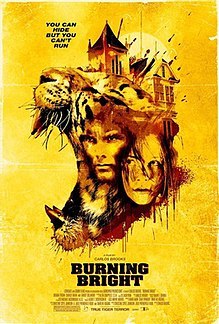 Kelly Taylor has already had more than her share of struggles lately, trying to start college while making sure her brother Tom (who is on the autism spectrum) gets taken care of, and being thwarted in both by her stepfather, John's, control over the family's money. However, her difficulties turn to danger when someone lets a tiger, John's star attraction for his planned safari ranch, into their house during a hurricane. Now Kelly must use all her courage and resources to protect herself and her brother against the ferocious invader.

Not to be confused with the fantasy book of the same name or with the Superhero Horror film Brightburn.