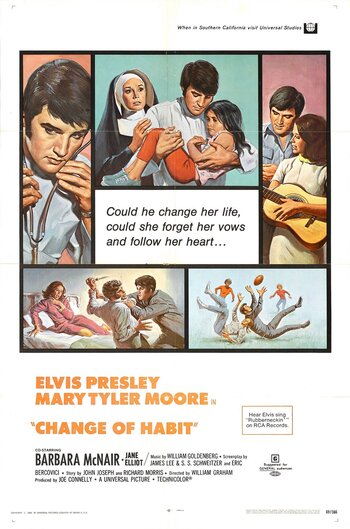 Change of Habit is a 1969 film directed by William A. Graham, starring Elvis Presley (in his last film as an actor) and Mary Tyler Moore.

The three work with all kinds of patients, from abused children to elderly heart attack patients. Meanwhile, Michelle and Carpenter (who doesn't know her true vocation) fall for each other, and Michelle is forced to decide whether she loves Carpenter enough to leave the convent for good.

Change of Habit contains examples of: