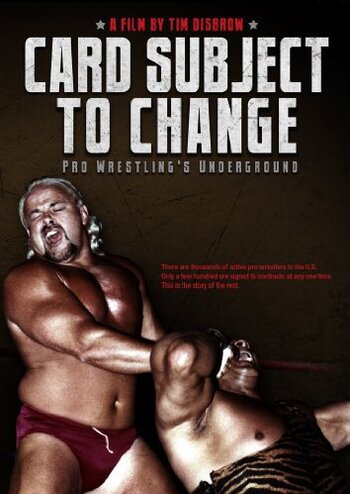 Card Subject to Change is a 2010 Documentary about the difficulties of the independent Professional Wrestling scene. It covers both legends still making the rounds as well as up and coming hopefuls, with a message about the huge odds of getting a chance with WWE or TNA. The majority of the action centers around the since-defunct National Wrestling Superstars in New Jersey, with side trips into CZW and IWA Mid-South. It is often, and, understandably, compared to Beyond the Mat.