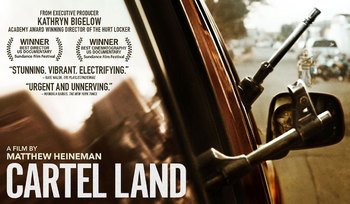 Cartel Land is a 2015 documentary feature film by Matthew Heineman.

It is about two different vigilante groups north and south of the border between the United States and Mexico, and how they are involved in the war on drugs.