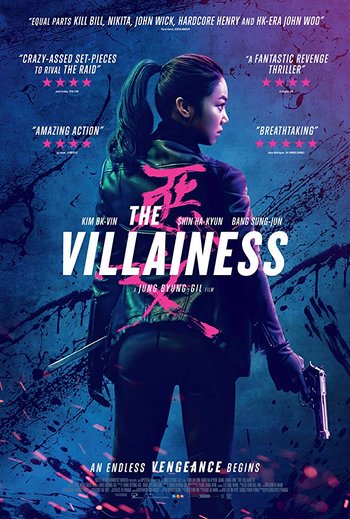 The Villainess, also known as Aknyeo, is a 2017 action-drama from South Korea, adapting elements from Luc Besson's Nikita and mixing it with its own brand of martial arts action.

The title "villainess" is Sook-hee, an expert assassin who is forced into working for a government agency. As an agent, she begins life anew, raising her daughter and falling in love with her next-door neighbor. But she is still driven to solve the murders of her father and husband. Those mysteries will come to tragic conclusions.

In January 2019, Deadline Entertainment announced that a TV series produced by Hollywood is in pre-production, directed by Jung Byung-gil.