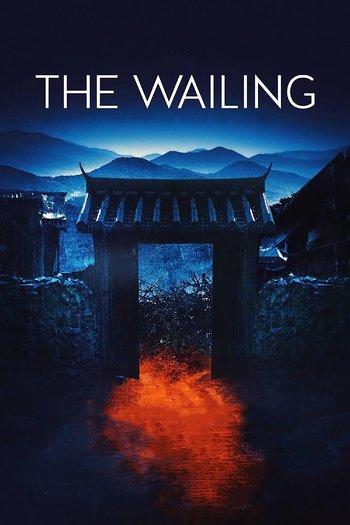 The Wailing (Goksung in the original Korean) is a 2016 South Korean horror film written and directed by Na Hong-jin (director of The Chaser).

The rural village of Goksung, South Korea, is experiencing an epidemic of savage murders committed by people who seem to have contracted a mysterious disease. While the local police claims toxic mushrooms are the cause, rumors start accusing an old Japanese hermit (Jun Kunimura) of being the one responsible. When officer Jong-goo (Kwak Do-won) realizes his daughter Hyo-jin (Kim Hwan-hee) is showing the same symptoms as the other perpetrators, he teams up with shaman Il-gwang (Hwang Jung-min) to protect his family, all the while a mysterious woman (Chun Woo-hee) gives him cryptic clues about the true nature of the danger...

The movie is also known as The Strangers in some markets, not to be confused with the 2008 home invasion movie of the same name.