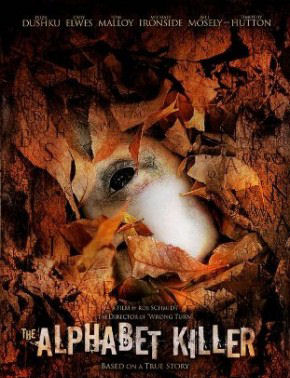 In the woods near Churchville, New York, the body of a young girl named Carla Castillo is discovered. Having been brutally raped and strangled to death, many of the police investigating the case believe her to be the victim of a disorganized killer who struck out in a fit of rage. Detective Megan Paige (Eliza Dushku) of the Rochester Police Department, however, has a different idea. Owing to her ability to focus obsessively on all of the minute details of the cases she works, Paige has built up an impressive track record of convictions in the past. And now, it is those small details that tell her this attack was anything but random. The facts that the killer redressed the victim after killing her, that several witnesses saw the girl getting into an unidentified vehicle of her own volition, and the strange "coincidence" that the initials of the girls name (C.C.) are the same as that of the town her body was dumped in all lead the young detective to believe that the crime is the work of a serial killer.

Facing opposition from her colleagues and superiors, Megan spends nearly every waking moment trying to find the connections that will prove her theory and uncover the identity of the killer. She grows so obsessed with the case that her fiance, another Rochester detective named Kenneth Shine (Cary Elwes), begins to worry for her health. As the weeks go by with no new leads, Detective Paige begins to notice strange things... she can hear the young girl's voice whispering to her, and at times can even see her ghostly figure standing before her, pleading for help. When Megan's captain takes her off of the case the strain finally becomes too much to bear, and, while begging for the forgiveness of the decaying young girl standing above her, Megan slashes her wrists.

Two years later, Megan is just starting to get back on her feet after receiving extensive treatment for what her doctors diagnosed as adult-onset schizophrenia. No longer a detective, Megan is able to convince her former fiance, now himself a Captain, to get her a job as a file clerk with the Rochester PD. Committed to getting her life back on track, Paige does her best not to think about the still unsolved Castillo case. She is forced to relive it once again, however, when the body of another young girl is found in nearby Webster, NY. A young girl by the name of Wendy Walsh. Certain that this is the work of the same killer that struck two years ago, Paige convinces Ewes to allow her back on the case. The stress quickly begins to take its toll, and Detective Paige soon finds herself in a race against time... both to stop the psychopath she's hunting from taking another young girl's life, and to silence the ghosts that are haunting her once and for all.

The Alphabet Killer is a horror thriller directed by Rob Schmidt (Wrong Turn), starring Eliza Dushku and Cary Elwes (Saw, Kiss the Girls). The film was released in 2008.

The Alphabet Killer provides examples of the following: