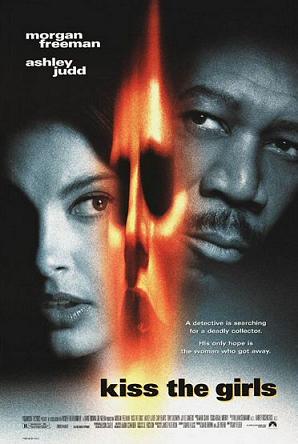 Kiss the Girls is a 1997 psychological thriller film directed by Gary Fleder and starring Morgan Freeman as African-American psychologist Alex Cross. It is an adaptation of the 1995 novel of the same name by James Patterson.

The main plot involves the parallel trails of action of two kidnappers, the "Casanova" of North Carolina and the "Gentleman Caller" (Tony Goldwyn) of California. Both are collectors, responsible for the disappearances of numerous women. A few are actually killed. The rest are held in long-term captivity, for their abductors' sadomasochistic pleasure.

Cross is involved when his niece Naomi (Gina Ravera) becomes the latest missing victim in North Carolina. Cross joins forces with Kate McTiernan (Ashley Judd), the only recent victim who managed to escape on her own. The two have to find out the way the two criminals are connected and discover their identity before more victims are taken.