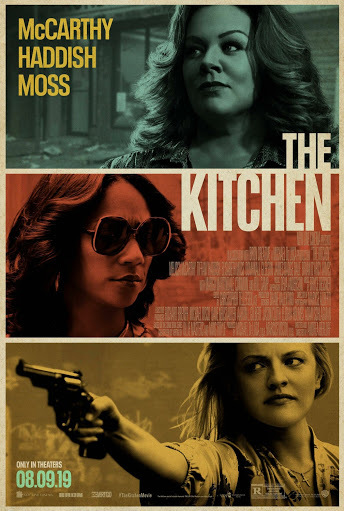 An American 2019 crime film directed by Andrea Berloff, starring Melissa McCarthy, Tiffany Haddish, and Elisabeth Moss that has three women struggling to survive after their husbands are arrested by the FBI and turn to crime to stay afloat.

It is based on DC/Vertigo series of the same name.

The movie also stars Domhnall Glesson, Common, and Bill Camp, among others.