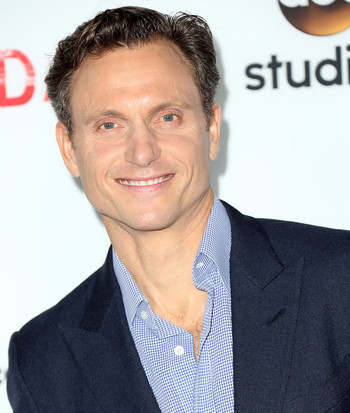 Anthony Howard Goldwyn (born May 20, 1960 in Los Angeles, California) is an American actor and director who is best known as Carl Bruner in Ghost, the adulterous President Fitzgerald Grant in Scandal, and the voice of Tarzan in the Disney animated film of the same name.