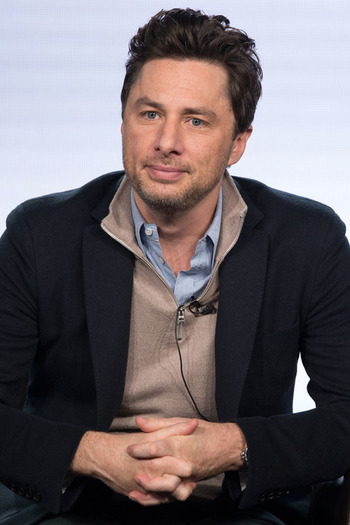 Braff was born in South Orange, New Jersey. He wanted to be a filmmaker since early childhood, and attended Stagedoor Manor, a performing arts "training center" for youth actors. He later attended the Northwestern University School of Communication, from which he graduated in 1997.

While Braff has had minor roles in a handful of projects including an episode of The Baby-Sitters Club (1990) and Manhattan Murder Mystery, his Star-Making Role was as John "J.D." Dorian in Scrubs, for which he has been nominated for three Golden Globes and an Emmy. In addition, he has directed several episodes and served as the executive producer for the ninth season.

Outside of Scrubs, Braff has worked behind the scenes in several movies and performed in public theater numerous times.