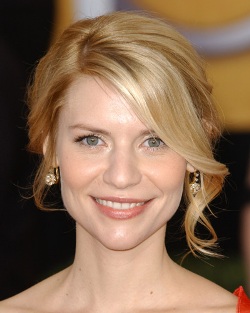 Claire Catherine Danes (born April 12, 1979) is an American actress born in Manhattan, New York. She has appeared as Angela Chase in My So-Called Life, as Juliet in Baz Luhrmann's Romeo + Juliet, as Cosette in Les Misérables, as Yvaine in Stardust, and as the titular Temple Grandin in the HBO television film. She stars as Carrie Mathison in the Showtime series Homeland. For her work, she has received three Emmy Awards and four Golden Globe Awards.