Film / The Car: Road to Revenge 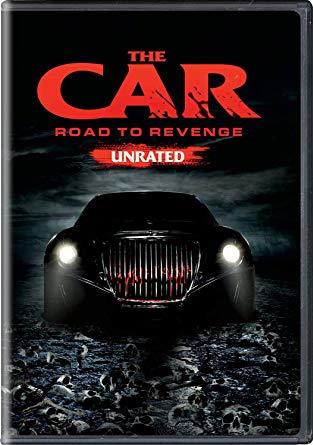 In a dilapidated Cyberpunk city plagued by crime and corruption, unscrupulous District Attorney James S. Caddock is savagely murdered and tossed out of a building onto his brand new car. Mysteriously, the District Attorney and his car come back to life as a single being with a thirst for vengeance. The eerie driverless car embarks on a vicious rampage exacting revenge on the criminals who murdered him.

Tropes used in The Car: Road to Revenge include: