Film / The Catcher Was a Spy 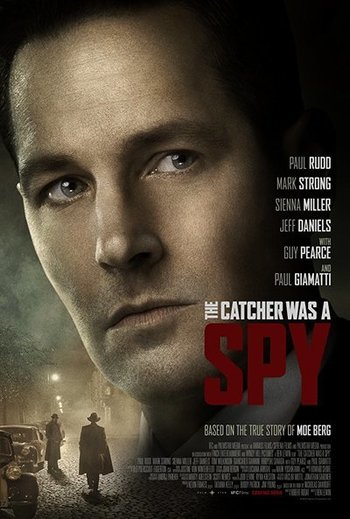 The Catcher Was a Spy is a 2018 World War II spy thriller and biopic directed by Ben Lewin, starring Paul Rudd, Jeff Bridges, Guy Pearce, Paul Giamatti, and Mark Strong. It was adapted from Nicholas Dawidoff's 1994 nonfiction book of the same name.

Moe Berg (Rudd) is a Major League catcher reaching the end of his playing career. Rather than make the shift from playing to coaching, Berg decides to join the Allied war effort and eventually becomes a spy for the OSS, tasked with determining how close Nazi Germany is to developing an atomic bomb.