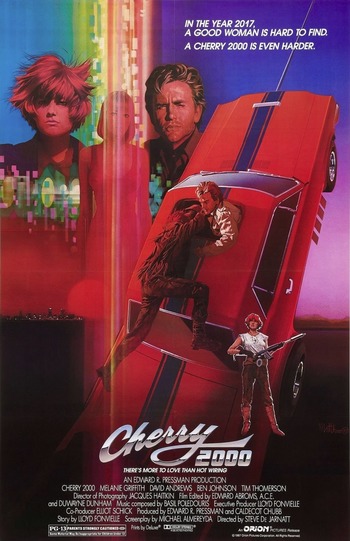 A 1987 Science Fiction film, directed by Steve De Jarnatt and set in the sorta-post-apocalyptic world of 2017, in which a yuppie businessman's (David Andrews) sex robot/wife breaks down, and he hires a tough female tracker (Melanie Griffith) to drive him into the desert wasteland called "The Zone" to find her a replacement body.