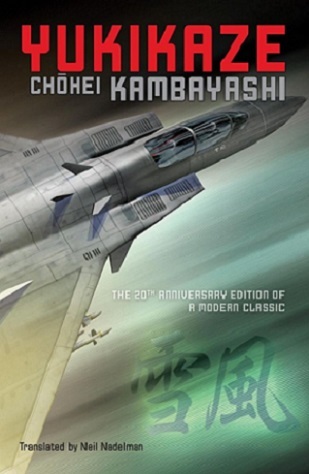 33 years ago, humanity realized it was not alone in the universe - a wormhole opens in the Antarctic, through which a mysterious alien force known as the JAM launch a swift and massive attack. In response, the United Nations launched a massive counter-attack and after a series of bloody battles, managed to push the enemy back to the other side of the portal, which led to a planet named "Faery" by the humans. Earth was saved. However, the battle still rages on. On Earth, the UN created the Earth Defense Organization to patrol the Antarctic coastline. On Faery, the EDO expeditionary force that pursued the JAM through the portal was designated the Faery Air Force (FAF) and established multiple bases on the alien world, serving as the first line of defense for humanity.

2nd Lieutenant Rei Fukai of the FAF pilots the Super Sylph B-503 fighter, nicknamed "Yukikaze," an advanced armed tactical reconnaissance plane equipped with a near-sentient AI computer system. He belongs to the Special Air Force (SAF), the FAF's strategic recon wing. His duty is simple: observe and record data from battles between the FAF and the JAM. Do not attempt to interfere. Do not attempt to help. Should the JAM ever threaten to destroy him & Yukikaze, there is only one imperative: to abandon his comrades and ensure that the data is passed on. It's a task that only the most hardened of hearts can accomplish... a task that begins to blur the distinction between man and machine.

Such is the premise of Sentou Yousei Yukikaze (戦闘妖精・雪風, lit. Battle Fairy Yukikaze), a science fiction novel written by Chōhei Kambayashi & originally published in 1984. It is actually a collection of short stories that ran in Hayakawa Publishing's S-F Magazine beginning in its November 1979 issue

. A sequel novel titled Good Luck, Yukikaze was published in 1999 (like its predecessor, this was also a collection of short stories that began in 1992). Kambayashi revised the original novel to make it more consistent with the sequel and this updated version was published in 2002.

Also beginning in 2002, the franchise began to expand. A five-episode OVA series loosely based on the two novels was produced by GONZO and Bandai Visual. It was released in Japan from August 28, 2002 to August 25, 2005 and was produced in commemoration of Bandai Visual's 20th anniversary. It was also later aired in Japan on the anime television network Animax, who later aired it in its English language networks across Southeast Asia and other networks worldwide. These OVAs are the version of the story most familiar with non-Japanese audiences. An English dub was produced by Bandai Entertainment in 2006.

A few months before the final episode aired, a spinoff OVA was released called Sentou Yousei Shoujo: Tasukete, Mave-chan! translation Battle Fairy Girl: Help, Mave-chan!. It has nothing to do with the main plot and is about Anthropomorphic Personifications of the aircraft at an anime convention.

Around the same time the OVAs were being released, a brief 6-chapter manga written by Yumi Tada was also published. The manga goes into a little more detail on Rei's backstory, though the canonicity of it may be questionable. There was also an Xbox game created in December 2002 called Sentou Yousei Yukikaze: Yousei no Mau Sora translation : Battle Fairy Yukikaze: The Skies Where Fairies Dance and played as a flight sim in the vein of Ace Combat, but to no one's surprise, it was not successful due to the Xbox's unpopularity in Japan. It received a PC port in 2003. A complete Let's Play can be found here

where an English-speaking player with some limited knowledge of Japanese does some on-the-fly translations of the dialogue as he experiences the entire game.

The original novel is considered a groundbreaking work of literature within Japan: some have even compared it to Starship Troopers in terms of how it affected the Japanese hard sci-fi genre. Sentou Yousei Yukikaze and Good Luck, Yukikaze both won the prestigious Seiun Award in 1985 & 2000, respectively. Kambayashi himself was ranked #3 of Best Japanese Sci-Fi Writers of All Time in a 2006 poll

For the longest time, the books were out of reach for almost everyone outside of Japan. It wasn't until 2010 that publishing house Haika Soru

released an English translation of the first novel (titled simply Yukikaze). The second novel was translated in 2011.

David Drake read the first novel and loved it if his endorsement on the cover is anything to go by.

Volume 3 of the series is called Unbroken Arrow and was published in 2009 in Japan. To date, it has not received an English translation. Haika Soru

hinted that they may commission a translation should sales of the first two novels pick up.

◊ Unfortunately, this is now unlikely to happen after Haika Soru ceased activities in late 2019 after completing its translation of the 10 Legend of the Galactic Heroes novels.

A live-action film adaptation of the series was announced

in April 2013 planning to star Tom Cruise. In July 2013, Dan Mazeau, the screenwriter for Wrath of the Titans, joined the project. That was the last anyone ever heard of it.

The fifth part of the story began its serialization in S-F Magazine on April 25, 2022.

Tropes found in this series (folders arranged in rough chronological order of release):